Join us for the 2021 virtual Cornerstone Catholic Conference to learn more about our faith and becoming disciples for life and justice.

Directed by the five bishops of Washington state, this faith-filled event will be an engaging opportunity to deepen your commitment to the Gospel while mingling with Catholics from across the state. The conference will be held virtually on Saturday, October 30 via the OnAIR virtual event platform.

This year we increased accessibility, and select keynote speakers and workshops will be offered directly in Spanish.

As with previous years, you can expect all of the same inspiring keynotes and presenters, as well as networking opportunities with fellow attendees and exhibitors. All registered attendees will have access to the virtual platform during the event. There is no registration fee for the Cornerstone Catholic Conference. Attendees are invited to make a donation to help cover the costs of the event. Those making donations of $75 or more will be given first access to recorded speakers after the conference has concluded. Recordings will be available to the public 60 days after the event on the WACatholics YouTube channel.

Parishes and small groups are encouraged to safely gather to participate in and view the conference together.

The purpose of the Cornerstone Catholic Conference is to unite Catholics in our mission to advocate for life and justice.

The WSCC has contracted with an event management firm, KF Events, to help us organize the Virtual 2021 Cornerstone Catholic Conference. Through this collaboration, we look forward to bringing the important learning and networking you have come to expect at the Cornerstone Conference in an easily assessable format online.

8:45 am Opening Prayer and Announcements 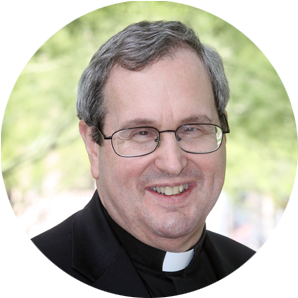 Fr. Spitzer has been devoted to developing a comprehensive philosophy of the pro-life movement for twenty-five years. He has focused primarily on investigating the intellectual foundations for the pro-life position – from philosophy, political theory, and legal theory. He completed significant studies of abortion and active euthanasia from the vantage point of personhood, rights theory, philosophical principles, and the major categories of cultural discourse (happiness, purpose in life, ethics, suffering, love, freedom, justice, and the common good). In furtherance of this objective he has published two books has, dozens of scholarly articles, and three video series for EWTN television. He has also started two international institutes devoted to intellectual underpinnings of the culture of life. His two books are:

His two institutes are:

1. University Faculty for Life (with Fr. Thomas King, S.J., and Fr. Joseph Koterski, S.J.), www.uffl.org in 1988. It is dedicated to collegiality, scholarship, and scientific research among pro-life faculty. It has held over twenty international academic conferences and published proceedings from each (life and learning).

2. Healing the Culture (with Camille Pauley), www.healingtheculture.com. This organization is devoted to preparing and facilitating high school and adult education curricula to promote a comprehensive pro-life philosophy.

His three EWTN series are:

• Ten Universal Principles (which will appear on EWTN in 2013).

Fr. Spitzer has debated the active euthanasia movement on the Today Show, has appeared dozens of times on Catholic radio, and has been involved in several campaigns to stop active euthanasia initiatives. He is frequently consulted on these matters by media and political campaigns. 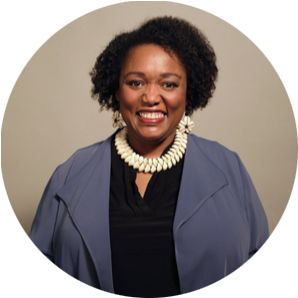 Gloria Purvis is a graduate of Cornell University and she worked for nearly two decades in the mortgage industry before becoming a risk management director at a major financial services company.

She served on the National Black Catholic Congress' Leadership Commission on Social Justice, and as an Advisory Board Member on the Maryland Catholic Conference's Respect for Life Department as well as the Archdiocese of Washington's Pastoral Council.

She also taught Natural Family Planning and helped prepare engaged couples for marriage as a member of a Pre-Cana team in the Archdiocese of Washington.

She has appeared in various media outlets including The New York Times, The Washington Post, PBS Newshour, Catholic Answers Live, and EWTN News Nightly, and hosted Morning Glory, an international radio show. She is Our Sunday Visitor’s Catholic of the Year for 2020.

She is a full time stay-at-home mother and consultant for the United States Conference of Catholic Bishops’s Committee on Religious Liberty. She is the creator and host of the EWTN TV series, Authentically Free at Last, that deals with the modern challenges to the expression and understanding of authentic human freedom.

She is currently the creator, host, and executive producer of The Gloria Purvis Podcast in collaboration with America Media. The podcast discusses current news and complex issues at the intersection of church and society and creates space for those voices and perspectives not often given a platform.

She is dedicated to promoting the sanctity of human life, marriage, and the dignity of the human person.

You can find more about the podcast here: www.americamagazine.org/gloriapurvispodcast 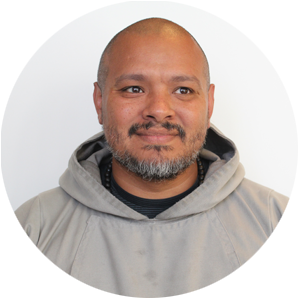 Fr. Agustino Miguel Torres is a Franciscan Friar of the Renewal (CFR), a community established in the Bronx, NY and dedicated to work with the poor and evangelization. He is the President and Founder of Corazon Puro and Latinos por la Vida, apostolates dedicated to awakening and accompanying leaders in areas of great need. Fr. Agustino is a presenter on programs with EWTN “Clic con Corazon Puro” in Spanish and “ICONS” in English. He is also one of the founders of “Catholic Underground;” Casa Guadalupe and the John Paul II House—houses of discernment for women and men respectively. He is internationally sought to speak about sexuality in the context of the Doctrine of the Church, vocational discernment, missionary discipleship, amongst others. Every year, Fr. Agustino speaks to more than 25,000 youth and millions of persons through the media. 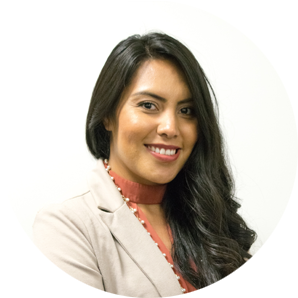 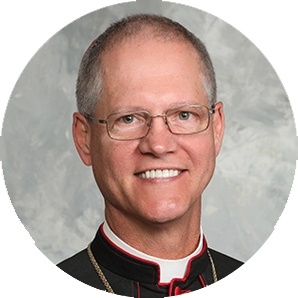 Archbishop Paul D. Etienne was born to a large Catholic family in Tell City, Indiana. He is one of six children and has two brothers who are Catholic priests, as well as a sister who is a Benedictine nun.

Archbishop Etienne studied at Bellarmine College in Louisville, Kentucky; the University of St. Thomas in St. Paul, Minnesota; and the Pontifical Gregorian University in Rome, where he earned a Licentiate of Spiritual Theology in 1995.

On June 27, 1992, he was ordained a priest in the Archdiocese of Indianapolis, where he served as pastor of several parishes, vocation director and vice-rector of the Bishop Simon Brute College Seminary.

You can read more from Archbishop Etienne on his blog: www.archbishopetienne.com. 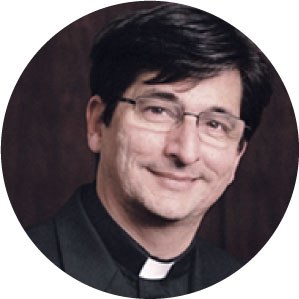 Bishop Joseph Tyson was born on October 16 in Moses Lake, Washington and at an early age moved to Seattle with his family. He was ordained to the priesthood in 1989. His degrees include a Bachelor of Arts in Russian and Eastern European Studies as well as Editorial Journalism from the University of Washington, a Masters in International Relations from the University of Washington, a Masters of Divinity from the Catholic University of America, and an honorary Doctorate of Letters from St. Martin’s University in Lacey. In 2005, he was consecrated Auxiliary Bishop of Seattle and named Vicar General. From 2008-2011, he served as Superintendent of Catholic Schools. He was installed as Bishop of Yakima in 2011 and currently serves as a member of the USCCB’s Committee for Cultural Diversity and Communications Committee, and Chair of the USCCB’s Catholic Communications Campaign and Pastoral Care for Migrants, Refugees and Travelers. 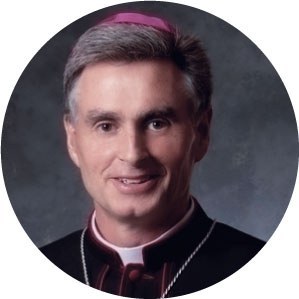 Pope Francis named him the seventh Bishop of Spokane on March 12, 2015. Bishop Daly was installed on May 20, 2015 in the Cathedral of Our Lady of Lourdes in Spokane. 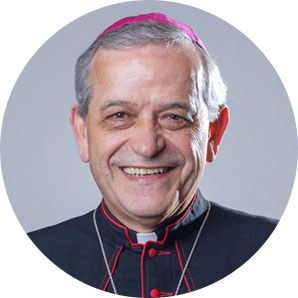 Bishop Eusebio Elizondo, MSpS is a native of Victoria, Tamaulipas, Mexico. He received a bachelor's degree in theology and a canon law degree from the Gregorian University in Rome. In 1984, he was ordained a priest of the Missionaries of the Holy Spirit -- a Religious Congregation of men consecrated to God for the service of the Church -- providing spiritual direction for priests and consecrated religious. As a parish priest, he provided ministry to the Catholic community in Western Washington at the request of Archbishop Brunett. He was appointed Auxiliary Bishop of Seattle by Pope Benedict XVI on May 12, 2005 and was ordained by Archbishop Brunett on June 6, 2005. Bishop Elizondo served as Chairman for the USCCB Committee on Migration and Refugee Services from 2013-2016, and concluded his term as Chairman for the Subcommittee for the Church in Latin America in November of 2018. Bishop Elizondo is the first Hispanic bishop in Seattle and is honored to serve the people of the Northwest. 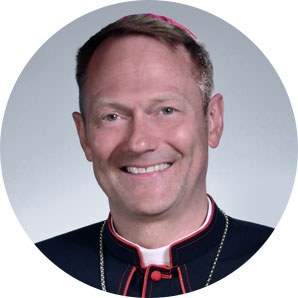 Bishop Daniel Mueggenborg was born in Okarche, Oklahoma, April 15, 1962, and was formerly a priest of the Diocese of Tulsa, Oklahoma. He received a Bachelor of Science degree in geology from Oklahoma State University in 1984, studied pre-theology at St. Meinrad Seminary in Indiana and earned degrees in theology and biblical theology from the Pontifical Gregorian University in Rome. Ordained a priest July 14, 1989, in Tulsa, at Holy Family Cathedral, he served as pastor of three parishes in Tulsa, held several diocesan leadership positions and was a faculty member of the Pontifical North American College in Rome. He was appointed Auxiliary Bishop of Seattle by Pope Francis on April 6, 2017, and was ordained by Archbishop J. Peter Sartain on May 31, 2017. 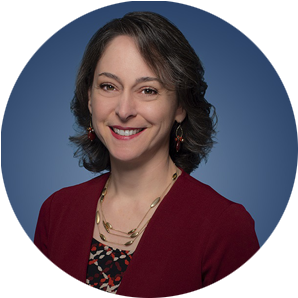 Camille Pauley is co-founder and President of Healing the Culture, a nonprofit organization that evangelizes and converts people to be deeply, authentically, and permanently pro-life. She is the creator of multiple internationally acclaimed educational pro-life programs, including RespectLife.University and Life Advocacy Student Training (L.A.S.T.) for college students, Principles and Choices© for high school students, and Philo and Sophie: Philosophy for Children!© for elementary school students. 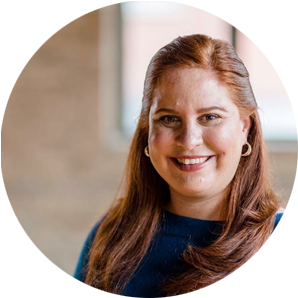 Katherine Angulo is the Program Director of the Thriving in Ministry Initiative, supported by Lilly Endowment Inc., in the McGrath Institute for Church Life at the University of Notre Dame. In this role, she works to prepare lay pastoral leaders for long-term ministry in the Church and directs the Bishop John M. D'Arcy Program in Priestly Renewal. Angulo received a B.A. in Modern Languages from King College and an M.A. in Pastoral Ministry from St. Thomas University. She has more than twenty one years of experience in youth ministry. Angulo was the Creator and Editor of The Mark, a Catholic teen magazine, and the Executive Producer of the volunteer training program, Called to Accompany/Llamados a Acompañar. She also is the Executive Producer of the Bishop D’Arcy Program for Priestly Renewal Video Series.

The 2021 Cornerstone Catholic Conference will be held virtually this year using the virtual event platform OnAIR. Please watch this video below for a sneak peak of the platform.

We Thank Our Generous Sponsors

Justice for All Sponsors

How much is the registration fee?
Due to the generous support of our sponsors there is no registration fee to attend the October 30, 2021 virtual Cornerstone Conference.

You are invited to make a donation to defray conference expenses. Individuals offering donations of $75.00 or more will have access to the virtual content until December 31, 2021. This will give you first access to speaker recordings. Access to conference speaker recordings will be available to the general public 60 days after conference via YouTube.

Will Mass be celebrated?
There will be a closing Mass on Saturday at 4:00 p.m.